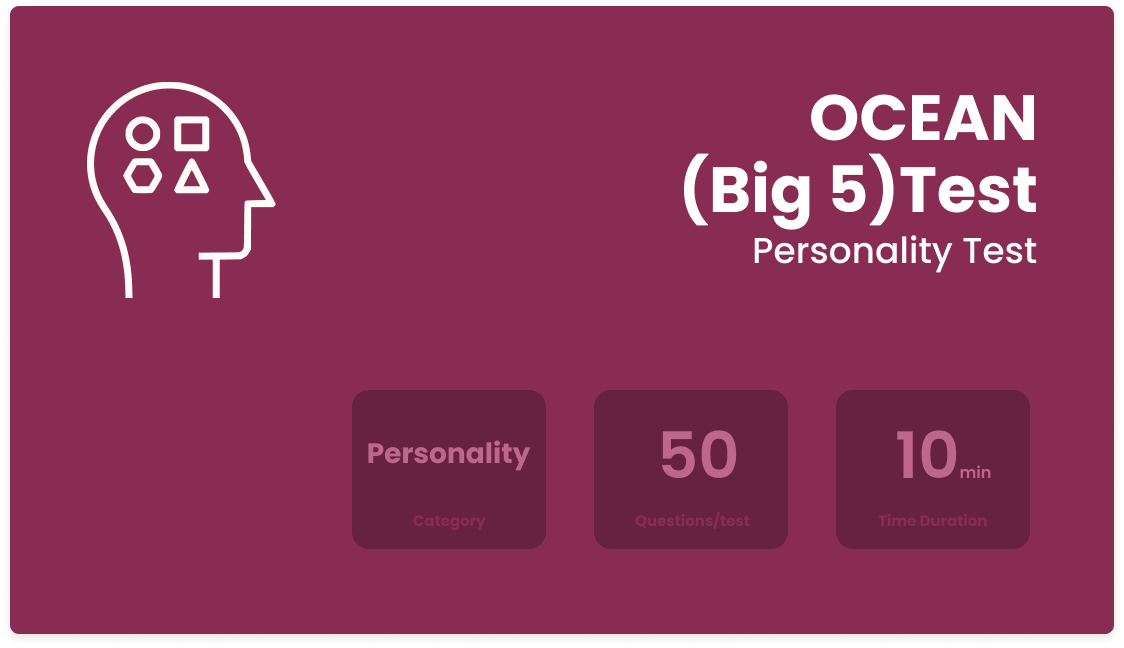 Big 5 OCEAN Traits are a suggested grouping of personality traits into 5 broad categories. This idea is being studied since the 80’s and has been tested empirically. This test is usually done as survey. The word OCEAN is an acronym for

The OCEAN personality measure has a notorious history of being associated with the Cambridge Analytica scandal, as they used a variation of this measure in personality profiling.

This theory is developed from the discovered semantic associations found in personality surveys. For example, the people who are more open to experiences are more likely to describe themselves as curious, intellectual and contemplative. In this way, the theory groups most character traits into 5 overarching traits.

This scale is not in black and white, rather is on a continuum. For example, Openness ranges from being cautious to being extremely open to experiences.

The best (and probably only place) to use the results of the test is in tailoring the interview for a particular candidate. An additional place you can consider utilizing this test is improving the cultural, temperamental and personal diversity of your company.

The last thing you must be doing is shortlisting based on one’s result of a personality. Personality tests will never be a predictor of job success or even the skills necessary for a job. Research on usage of personality tests for selecting candidates is shoddy at best. BEWARE OF IMPROPER USAGE

Openness to experience is a general appreciation of art, adventure, ideas, imagination, curiosity, and more generally, a variety of experience. People who have a higher Openness index tend to be intellectually curious, more open to emotion, more adventures and more likely to have unconventional ideas and belief’s.

Neuroticism is a measure of the tendency of a person to experience negative emotions like anger, anxiety, and even depression. This can also be regarded as a measure of emotional instability.