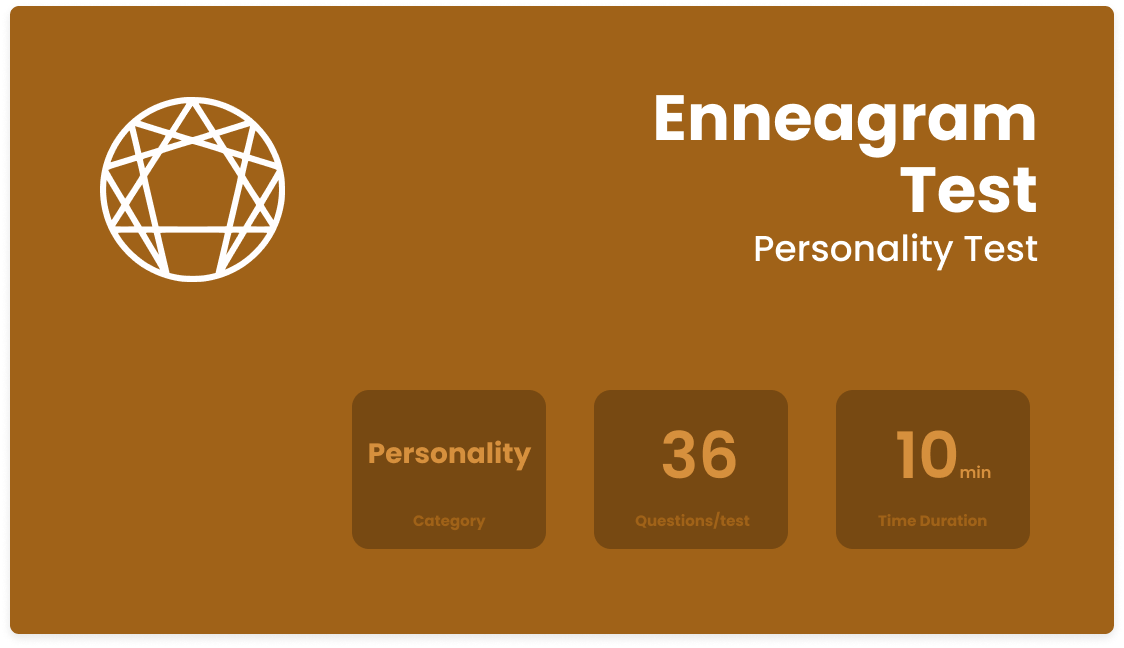 Modern Enneagram system is developed in the 60’s. Today is one of the more researched personality assessment systems.

According to the enneagram system, each of the 9 personality types has a core beliefs and emotions that forms the lens which they view the world, and forms the driving factor.

The enneagram system is interpreted from a 9 pointed geometric symbol. Each personality type is connected to 2 other types that offer insight into what the person might have been or grow into. The adjacent two types to every type from the wings. A person might lean into either one or even both the wings in situations.

The best (and probably only place) to use the results of the test is in tailoring the interview for a particular candidate. An additional place you can consider utilizing this test is improving the cultural, temperamental and personal diversity of your company.

The last thing you must be doing is shortlisting based on one’s result of a personality. Personality tests will never be a predictor of job success or even the skills necessary for a job. Research on usage of personality tests for selecting candidates is shoddy at best. BEWARE OF IMPROPER USAGE

Enneagram type-1’s like to do things correctly to the highest standards possible with immense attention to detail. They also avoid mistakes at all costs. They tend to work very hard with a strong sense of duty and tenaciousness.

Enneagram type two’s are highly empathetic and caring individuals who put others’ needs before themselves. They are defined by their desire to be loved by others and belong with their peers. They eagerly involve themselves in other’s lives.

Enneagram type threes’ are driven by their desire to be significant and to distinguish themselves from others through their achievements. They appear confident, polished, sophisticated, ambitious, and goal oriented. But they might have internal self-doubts that drives them to gather accomplishments. They could be image conscious.

Enneagram Type Fours are defined by their unique and special predilections. Their self is driven by their sense of being special or different from other people. They are often creative and present a unique and distinctive persona, either intellectually or by their choice of fashion. They usually struggle to connect with other people. They are constant explorers of their inner self.

• Strong sense of self identity

Enneagram Type fives’ are defined by their quest of knowledge and competency. They strive to understand the world as deep as they and widen their intellect. At the same time, they avoid engagement with the outside world minimizing contact with other people.

• In-depth knowledge in a range of subjects

They are driven by their desire for security. They seek to mitigate if not avoid risks whenever possible. They often tend to ally themselves with trustworthy authority figures and institutions. They are always vigilant and always think several steps ahead. They are strongly identified to their social group and extremely loyal.

• Belongs to a tight group

Enneagram type sevens’ are defined by their deep desire to experience everything in life. They also avoid pain and boredom and seek enjoyment. They are always lively and fun loving. They tend to be full of energy, curiosity and optimism.

Enneagram Type Eights’ are driven by the desire to be powerful and avoiding vulnerability. They often come across as confident, assertive, decisive, even argumentative and intimidating. They tend to stand up for what they believe in and protect those who are under their wing. They are confident, independent and self-sufficient.

• Strong sense of justice and ethics

• Can be stubborn and headstrong

Enneagram Type nines’ are driven by their desire to sustain inner peace and harmony and to avoid conflicts. They are usually agreeable, calm and easy going. They can be change and conflict averse and because of that they usually have a smaller social circle.