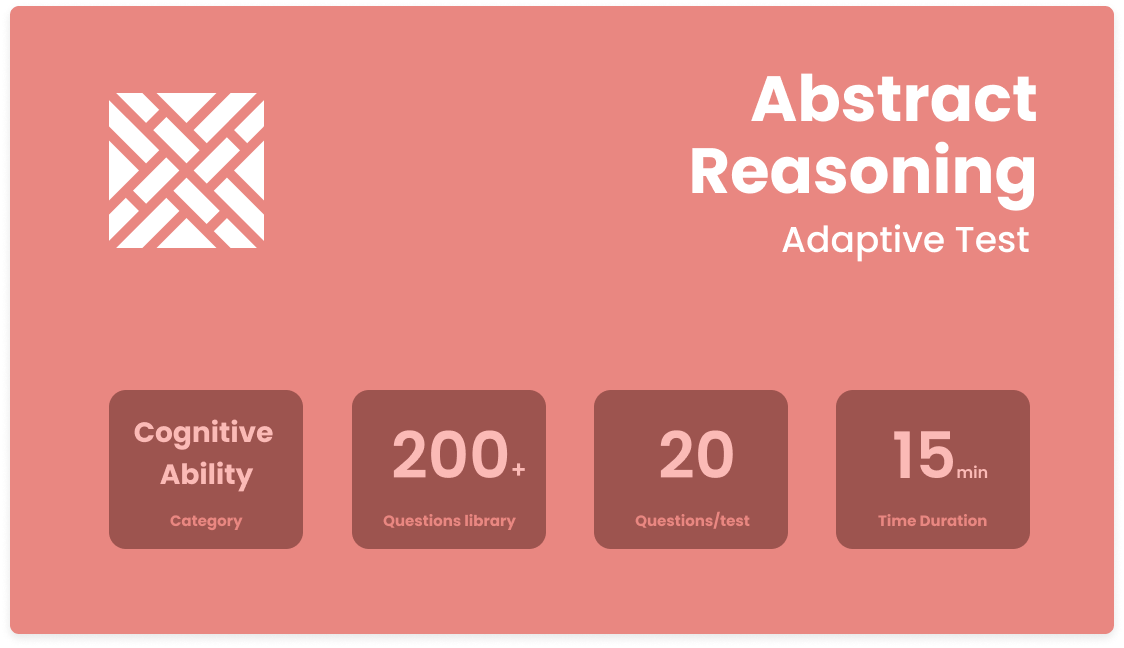 Abstract reasoning is a non-verbal, culture fair assessment of one’s overall cognitive ability. This test assesses a candidate’s ability to interpret patterns, find connections, and make deductions from abstract images. This test assesses what is commonly called fluid intelligence – the ability to analyze new information, learn new skills, and make connections - and does not address anything about a candidate’s learned skills. Candidates with high scores tend to be better at thinking strategically about problems and making better and faster decisions.

The test is an adaptive test that varies the difficulty of the questions based on the current performance of the candidate, thereby zeroing in on a fairly definitive numeric measure of the candidate. The result of this section is given in percentiles, relative to the whole test pool population of Merreo.

What does this test measure?

Where to use this test?

This test is the most sector agnostic and flexible test of the lot. This test hopes to measure the raw fluid intelligence of the candidates so this test is relevant for most roles. However the use of this test must be measured, since it measures the only the holistic ability of candidates and we have a lot of very precise tests that measure specific skills & abilities for job success in that roles. This test can be as useful for lower level roles as it will be for higher level roles.

Please use our data-driven pre-sets for best results.

Find out the missing section. 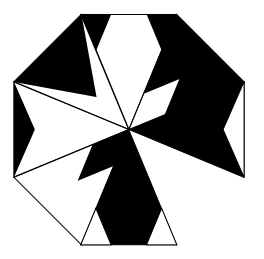 Find out the missing square. 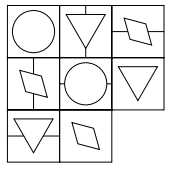 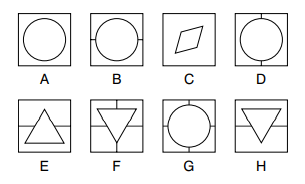 Explanation – Each row has a circle, a triangle and a parallelogram, and each row also has a vertical, horizontal and no line shape. Given that, circle and the vertical line are the only things missing in that row.